Here is your Mercury Retrograde reading.

We are in the Shadows of this next retrograde, which starts June 18th and finishing on the July 13th (For Australia).

For those who don’t know what a retrograde is, let me explain. It means backwards. Each planet takes a trip around the sun, Mercury taking 88 days. However, during part of its orbit, an optical illusion occurs when the Earth passes at a different speed giving us an illusion that the other planets are moving backwards, which is called the Stroboscopic Effect or the Wagon Wheel Effect.

An example is the propellers of a plane.

Mind you there is also times some planets like Mercury in which its orbit is faster than its rotational speed on its closet approach to the sun. So once a year, Mercury has two sunrises in one day.

Now, Mercury Retrograde happens 3-4 times a year and varies in timing. This one is just over three weeks. And in all Mercury Retrogrades, you will have issues with anything to do with communications, technology and travel. And falling in Cancer during this time, it is all about the Home. So this leads to relationships, family, house, yard etc.

Take the time to catch up on gardening, reading, painting and enjoying the outdoors. Keep your hands busy but not with technology, electronics. And it would be wise to be wary of your relationships. Don’t dwell too much on their foundations until after the finish of this Retrograde. It is wise to chill out as much as possible during the period only because things can become very emotional, and we can never take back words or actions.

So scroll down and read your sign’s words of wisdom and become a Prepper for your Mercury Retrograde.

My Family during Mercery Retrograde 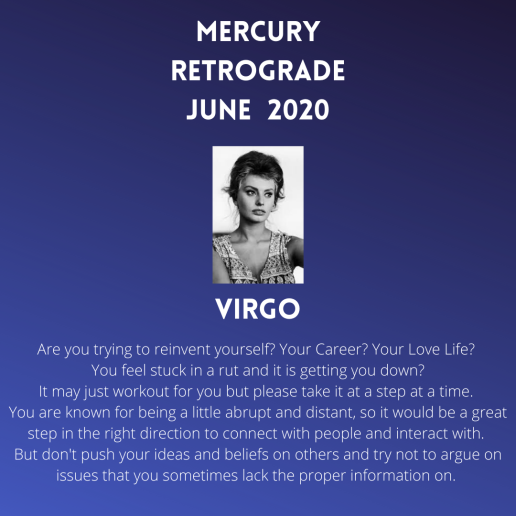